Over the course of the close season the club and CFU volunteers have been busy maintaining and improving the stadium.

A huge number of projects have been completed by the stadium maintenance team and a number of local companies have helped us make the stadium look better than ever after the CFU inherited the keys to the ground five years ago.

Starting with the pitch, Steve Ollerenshaw has been bought a new mower and a new sprinkler system has been installed which has been bought with some of the money from last season’s cup run. The pitch has been prepared, seeded and top dressed following the installation of a new pop up watering system.

The Away Travel have paid for a refit of the boardroom kitchen and a new trophy cabinet which was fitted by 2015 clubman of the year John Needham. The Blues Bar kitchen will also be replaced as part of a commercial package by C & C Catering. 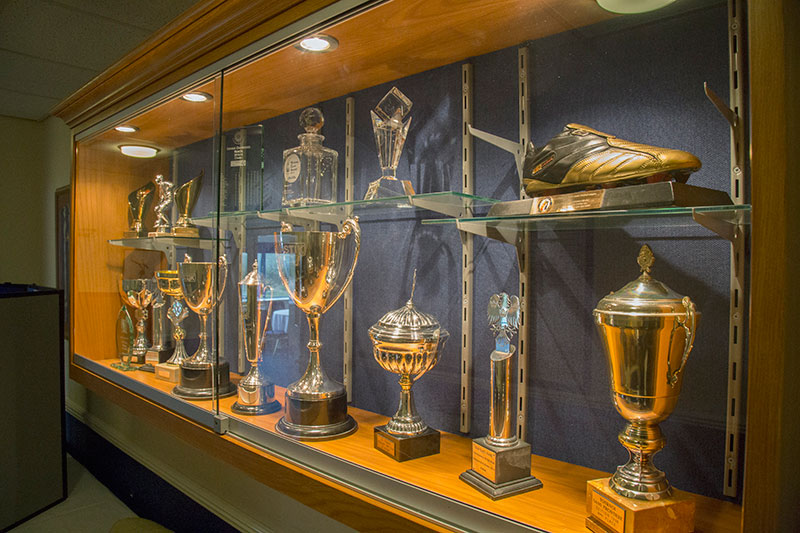 New fibre optic broadband has been installed by Obsidian and a new phone system is going to be installed at the stadium by GForce.

A lot of painting has been undertaken both inside and outside the stadium by a team of volunteers very ably led by Dave Chare, a retired professional painter. Rumour has it that our chairman was also seen with a paint brush in his hand (well he has to do something!). The corners of the ground have been painted by community payback. The shop layout which has given it more space which means we can increase the number of lines in the shop. 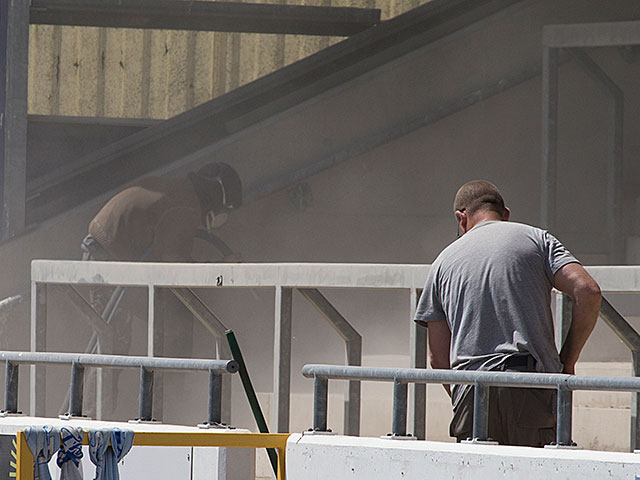 One of the major jobs has been sandblasting on the steps in the stands to remove flaking paint which has been done by a contractor and stadium maintenance volunteers have been sweeping up the stands and, again led by Dave Chare, repainting these with anti-slip paint. This has nearly been completed. The stadium maintenance group have also been busy cleaning out the stewards room, the control room and painting the corridors. 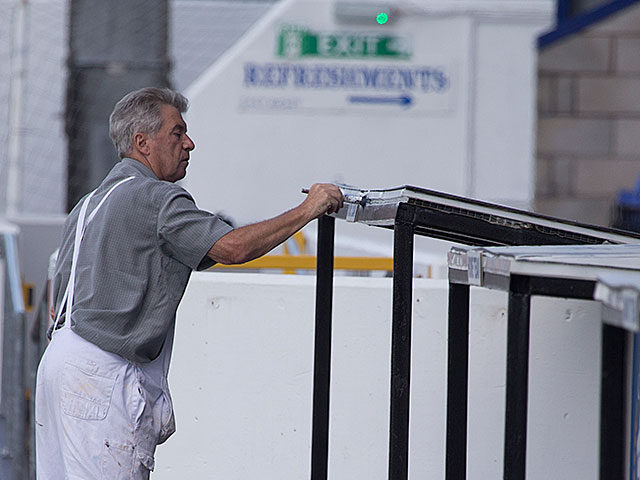 Maxiflow are currently undertaking a large amount of work to the West Stand including replacing the guttering and fascia and repairing and replacing the doors.

The Blues Bar is also due to be painted by a group from the National Citizen Service Programme and there are plans to improve the beer garden, both these jobs are due to be completed by the end of August.

Pot holes in the car park have been repaired – although this is an ongoing issue. Stadium signage has been replaced including new welcome signs inside the building.

New LED lighting has been fitted throughout the ground to save money on the club bills. This was done by Ideal Lighting. They have also installed new heaters in the changing rooms and put in new extraction fans to remove a damp problem.

Mustard Print has supplied and fitted some tunnel area graphics of the current squad which Steve Burr has asked for. Solar panels will be fitted to South Stand in conjunction with ICR group and Kingspan. Finally the VIP Box will be refurbished by Merseyrail. 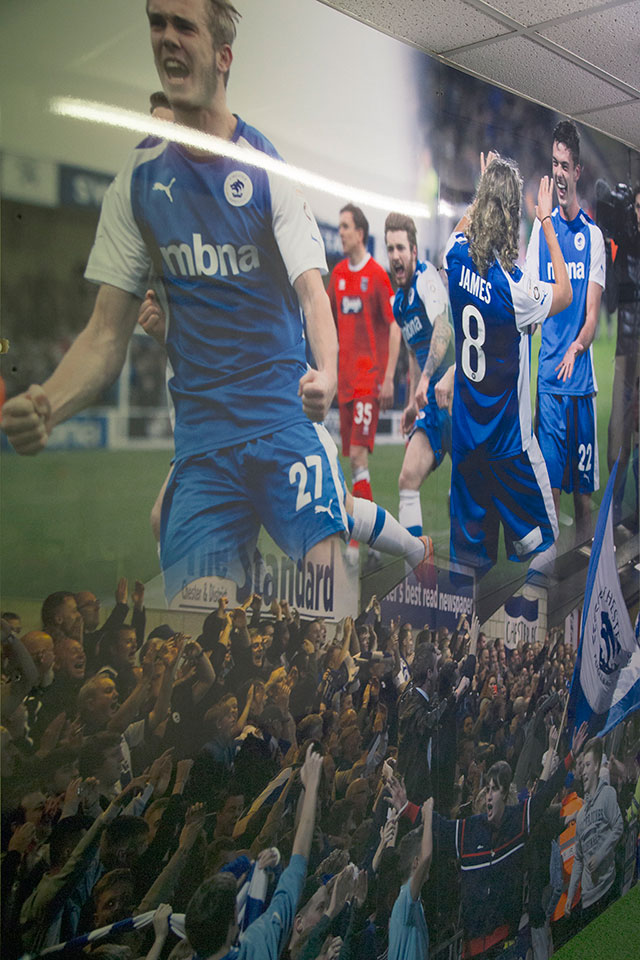 All in all a great pre season in terms of making a stadium to be proud of, and we couldn’t have done any of this without the support of our army of volunteers and the support of some very generous and supportive local businesses. If you want to chip in, either pop down to the next volunteers meeting, or email marion.needham@chesterfc.com or the stadium maintenance director simon.olorenshaw@chesterfc.com