This day back in 2010, City Fans United were awarded the lease to the Deva Stadium by Cheshire West and Chester Council, a move which was greeted with celebration by Chester fans. 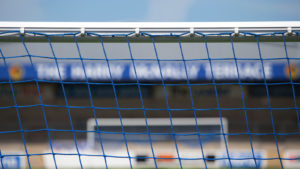 Recent events in English football have demonstrated just how important it is that fans have a voice and input into decisions and the running of their football clubs.

At Premier League level, we have seen what can happen when clubs fail to consult with their supporters before making decisions, which don’t just affect their own clubs, but risking the future of the entire football pyramid.

Chester FC is wholly owned by its fans and as those familiar with our story will know, the pitfalls of private ownership can be significant  if supporters are not consulted or represented when it comes to the running of their club.

Following the liquidation of Chester City FC in 2010, Chester fans vowed to safeguard the future of football in the City and reformed as a 100% supporter-owned community football club.

We have made great strides in the 11 years since, winning three league championships, enjoying the occasional FA Cup run, and building friendships across the non-league pyramid, but more importantly remaining a sustainable club that recognises its responsibility to the community. 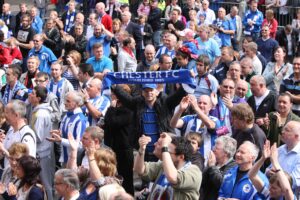 Since 2010, clubs have been extremely welcoming to us and our tremendous supporters, appreciating our circumstances and contributing to our journey so far. The help we received from the likes of FC United of Manchester, AFC Telford United and AFC Wimbledon was vital to our development and we are now using the experience we have gained to help fans of other clubs such as Bury AFC.

The power of supporters is no better illustrated than in the efforts of Chester FC fans over the last decade, from the incredible tidal wave of our rebirth to helping us overcome the unprecedented challenges faced in the past 12 months. It is often said football clubs are nothing without supporters but in our case that is unquestionably true.

With growing awareness of the importance of fans and the need for reform across the game, Chester FC fully supports those pressing for change and for supporters to be given a greater involvement in their clubs.

City Fans United, the owners of Chester FC, have a strong membership that is dedicated to ensuring football in Chester is driven forward properly. We always welcome new members and you can sign up via the link below for just the equivalent of £1 per month, it’d be great to have you as our latest signing!

Our City, Our Community, Our Club.

City Fans United has produced a draft strategic plan setting out a five-year vision for Chester FC and is now asking members and supporters for their views to help shape the final plan.

An initial consultation launches today giving fans and stakeholders the opportunity to provide feedback and tell us what matters to you.

The consultation, which runs until Monday 1st June, includes an online survey and a series of interactive virtual workshops.

Developed in collaboration with Chester FC Community Trust, the draft plan aims to provide a blueprint for the future and establish the Club as a successful, sustainable force for the long-term.

It is based upon six strategic pillars which will enable the Club to achieve its ambitions: Football Excellence; Membership & Fan Engagement; Better Facilities; People & Culture; Finance & Governance; and Community.

Andrew Morris, City Fans United Chairman, said: “The final strategic plan will reflect our shared vision and ambitions for the Club so the contribution of members and supporters is of vital importance.

“These are unprecedented times for football and all clubs are having to respond to overcome new challenges, but we believe our ownership model is an asset and means we are better placed than many to do this.

“Given the uncertainty about when football will resume, what it will look like when it does and whether crowds will be permitted, the Board has adopted a flexible business plan model which is an ongoing process.

“The strategic plan is a high level summary that will guide the Club for the next five years and enable us to move to the next level and realise the potential of the supporter-owned model.

“The plan must represent the aspirations of the membership so we are asking every supporter to take part in the consultation and tell us what is important to them.”