The meeting, which begins at 7.30pm with doors open from 7pm, will take place in the Blues Bar.

CFU members should now have received an AGM pack in the post or via email. The meeting papers can also be viewed here.

The AGM is key time for CFU members and we are hoping for a good attendance at this meeting.

The agenda contains a number of important items, including elections to the CFU Board as the number of candidates exceeds the available places.

For members who are not able to attend, the meeting will be live streamed via Microsoft Teams (please check your emails on Wednesday 2nd November as the link will be sent out on that day) and votes can be submitted using the proxy form direct to the Returning Officer (Mr Philip Young). An email will shortly be sent to members with details on how to join the meeting online.

If you have not received an AGM pack or have any questions for the AGM, please contact CFU Secretary Christine Robson at chris.robson@chesterfc.com.

The July Seals Lottery draw has now taken place and we are delighted to announce the following winners:

The June Seals Lottery draw has now taken place and we are delighted to announce the following winners:

The May Seals Lottery draw has now taken place and we are delighted to announce the following winners:

The April Seals Lottery draw has now taken place and we are delighted to announce the following winners: 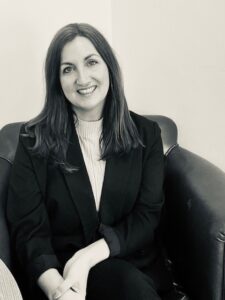 The Board of City Fans United are pleased to welcome Kate Mylchreest as a new Director.

Kate, who is the Head of Development at Storyhouse, has been co-opted on to the Board and will provide focus on the commercial portfolio.

Kate has worked in fundraising for the not-for-profit sector for over 20 years after gaining a degree in Sociology and Anthropology from Newcastle University. She is an avowed champion of supporting community programmes, particularly supporting young people from disadvantaged backgrounds.

She has considerable experience in the NHS and held senior positions at both the Countess of Chester and The Royal Liverpool University Hospital, before moving to Storyhouse.

The March Seals Lottery draw has now taken place and we are delighted to announce the following winners:

City Fans United members today have the privilege of voting on the new 2022 Chester FC home shirt that will see the players wearing proudly at the Deva Stadium during the 2022/23 season that gets underway in August.

Members are being emailed through the course of the day today with instructions on how to vote, so please check your emails throughout the day if you are a current member.

As well as being able to vote on the home kit, there are also a large number of member discounts available including offers on holidays, food and drink and other great products.

The winning kit design will be revealed on Saturday 23rd April in The Cestrian matchday programme, so make sure you pick up a copy at the game!

The February Seals Lottery draw has now taken place and we are delighted to announce the following winners:

Minutes of Meeting held on 24th January 2022 – Minutes were accepted as a true and accurate record.

Jim Green opened the meeting regarding the email that had been received by the Board from Andrew Morris resigning from the Chair and as a Director on the Board. Jeff Banks asked for it to be recorded that the Board thanked Andrew for all his work during the last couple of years, piloting us through some very difficult times.

Jim Green stated that there would now be a vacancy for the role of Chairman and asked all members about taking on the role. Kieron Shiel stated that he was happy to take on the position. The Board voted unanimously, without any abstentions.

Finance – Matt Dickenson stated that he was working on a base budget for next year. Would be meeting all portfolio holders to discuss individual budgets. There is no income from a stadium sponsorship, and it is a key priority to obtain one. We also needed to look at off-field structure, as George Delves position had never been filled.

Jim Green mentioned about cover for wheelchair users which had been ongoing for several years. Would it be possible to put up a temporary structure whilst considering a more permanent fixture and the costs of doing this?

Solar Panels – Mike Vickers stated that a company doing work for the Council would not be able to help us out as it would not be economical. Would have to be considered later.

Jim Green had been contacted by a company regarding installing electric chargers on the car park. Meeting will be held later in the week.

Sponsored Walk – Mike Vickers suggested that this should come under the fundraising group but would be happy to organise one. Could be considered for the last home match on Bank Holiday Monday 2nd May 2022.

AOB – Paul Bodman was looking into transport for the Manager. Would report back to the Board at next official meeting.

Chris Robson asked whether there was any intention of getting back to face to face meetings at the Club. Kieron stated that he wanted to do this and the first one would be held on Saturday 19th February 2022.

The Safety Certificate needed to be changed from Andrew Morris’s name. Jim Green said he would be happy to have his name on the certificate., as it would tie in with his role as Football Operations Director.

Question was asked about the Police being present at the Hereford game. It was agreed that only three sides would be open and Hereford fans would have half of the West block. Advanced ticketing would be available to “Away” fans and would be taken offline 24 hours before the match.

Matt asked as to whether there were any commercial projects in the pipeline. Alex Owen said he would bring a report to the next meeting.

Date of Next Meeting – Saturday 5th March 2022 at the Deva Stadium.